The Backchannel is the Message 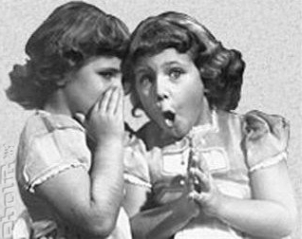 “If you look back at particular incidents of modern witch hunting, there’s a pretty consistent theme: it’s okay to break the rules to catch a witch.”

There’s a pernicious problem in rule making: it is much easier to introduce a rule than to remove it. To borrow a phrase from Pascal, “if I had had more time, I would have written a shorter rulebook,” and this applies just the same whether those rules are meant for computers or for people. The fewer parts there are, the less they can interact in surprising ways.

If we lose sight of this in our rule making, we invite the same kinds of pathology we see more readily with technology. We suffer exploits due to unforeseen consequences, and we are prevented from fixing them due to an ever growing maintenance overhead. Rather than try to untangle the resulting monolith of interactions, often the only compassionate action is to take it out back and put it out of its misery. If too many people are invested, though, this rarely happens, and we simply truck on.

Furthermore, what is left out can be as important as what is said. Rules are only as useful as the environment in which they are enforced. If that environment is one with hidden layers and unseen levers, the result may be quite the opposite of what is written.

Where am I going with this?

Over at the farm of ribbons, Sonya Mann has written a very interesting piece about community governance. She posits a dichotomy between two approaches, the content-oriented and the process-oriented. Or, more simply, ends versus means. It applies to the kulturkampf, of course:

“It’s okay when we do it, because our ends are just.” vs “I will defend their right to say it, even if I strongly disagree.”

As a model, it’s lovely, and it can help to bridge the often insurmountable gap between two camps. If you are unable to model why someone does something, you are left to ascribe to idiocy or malice what is, to them, actually a principled stance. Accusations of bad faith naturally result, as do the 140 glyph bursts of thinly veiled vitriol and quick dismissal.

The only issue I have with this model is that it flies in the face of reality on the ground. I’m a fan of the process side of things, but the problem I have with the social justice contingent isn’t that they don’t do enough rule making. Quite the opposite.

For most of the last decade, we’ve been pushed to adopt Codes of Conduct. Notably in Ada Initiative’s anti-harassment policy, and now the Github-approved Contributor Covenant, what we find is a long list of prohibited behaviors and processes for enforcement. This is scoped to exceed any individual project and extends into the public sphere.

Reading the language, it sure looks like they didn’t want to leave any stone unturned:

“Project maintainers have the right and responsibility to remove, edit, or reject comments, commits, code, wiki edits, issues, and other contributions that are not aligned to this Code of Conduct, or to ban temporarily or permanently any contributor for other behaviors that they deem inappropriate, threatening, offensive, or harmful.” (Covenant)

This is not the work of someone who values content over process. No, this is rule making supreme. Indeed, this is the result of long discussions and threads, arguing over the exact wording. The people who introduce and adopt this sort of language clearly think the precise rules matter. This picture really starts to crack in two distinct ways.

One is that there’s always a final rule, an “etcetera” catch-all clause. It will, for example, prohibit “other conduct which could reasonably be considered inappropriate.” This by itself should be odd: why bikeshed over a long list of detailed sins, if it turns out they’re just illustrations after all?

The other is that these rules are put in place through decidedly soft power: contributors and speakers have explicitly promised to boycott those who do not adopt them. Arguing for a markedly different approach altogether is treated as defection. This is the surest sign that the real rules are not the ones on paper at all.

If you look back at particular incidents of modern witch hunting, there’s a pretty consistent theme: it’s okay to break the rules to catch a witch. Despite a rulebook that says you must use “welcoming and inclusive language,” insults easily fly left and right towards the targets, as do the calls for violence, ironic or not. Being “respectful of differing viewpoints and experiences” doesn’t apply to viewpoints or experiences that are too different. “Showing empathy towards others” has a very limited action radius, as certain notoriously noxious individuals have demonstrated.

It gets even worse, as seen in the most recent case in the Drupal community. Not only were the rules broken to dig up dirt on a dastardly unperson, but the target was actually found not to be in violation of the rules at all. Not even by applying catch-all clauses. Did the aggressors put down their torches and pitchforks in shame, did the committee “show empathy towards [its] community members?” Nope.

What happened instead is extremely illustrative. The Community Working Group rejected its own verdict based on its own rules, and escalated the issue to the backchannel. This led to a long and drawn-out PR exercise by the powers that be. The community was left to guess and argue over the resulting secret meetings and edited statements, while the accused in question felt his only recourse was to blog openly and at length about his private life.

The flaw in the model, as I see it, is that the content side doesn’t just think “it’s okay when we do it.” It would be easier to swallow if that were the going premise, openly admitted. No, it’s that they insist up-and-down that rules are absolutely necessary for everyone. That diversity officers and arbitration committees must be established, with official seals of approval (and handsome paychecks to boot). The net result is that the language of compassion and tolerance can be seamlessly used to paper over destructive and vindictive personal agendas.

None of this is in the rulebook, but it doesn’t have to be. The rulebook is the foot in the door, used to legitimize everything else. It is undoubtedly well intentioned, but it is wide open to abuse, and the 0-day exploits have been in the wild for years. Good intentions are worth nothing when bad actions consistently result.

In the resulting discussions, there’s a particular flip that occurs, too. These problems are denied, at first, up until a plaintiff demonstrates a solid enough case. Then, without skipping a beat, we are told nothing is perfect, and that the alternative would be far worse. The rationale that the ends justify the means only comes into play when pressed. The argument has actually changed completely, but the emotional valence is the same: we’re right, we’re the good guys, and you’re bad for not following along. Cognitive dissonance averted. The resulting radioactive fall-out is fine by them, as long as it’s aimed in the general vicinity of the right group of wrong people.

I don’t think the choice to backchannel and deploy PR tactics is an isolated one, either. It’s hard to miss that as public discourse has gotten more polarized, more and more social interaction online has moved into private or semi-private venues. Products like Slack and Discord have ridden this trend to great success. While it’s true the old realms of Usenet and IRC were equally fragmented, what those networks had that the new ones lack is the simple ease of discoverability.

In the search for more welcoming and inclusive environments, it has become standard policy to adopt a process of soft vetting and gatekeeping through obscurity. This in itself is a noteworthy trend, as it’s normally a hallmark of totalitarian societies, where real intellectual freedom only happens behind closed doors. It’s not necessarily a bad thing to be selective, but it does fly in the face of oft-repeated intentions. One might also wonder about the supposed safety of said closed venues, when they’re fully controlled by a handful of tech companies with an increasingly restrictive political monoculture.

It doesn’t take a genius to notice this and worry that you might be next. When faced with an unpatched exploit, people will adapt their behavior to mitigate the danger regardless. Worse, in the eyes of the justice seekers, this is a good thing, for their ends are being achieved—in this, the model is spot on. But to do so, they are not abandoning process, no, they are adding ever more rules, embedded into the very social fabric of their communities. We can expect goalposts to be moved towards legislating values rather than conduct, as the conditions that set off the witch detector will have to be necessarily broadened. The cure for the dysfunction that results is ever only more of the poison. This too is an unwritten rule.

It does, however, bring us closer to the heart of the matter: certain ideas themselves have become sacred, which was already observed years ago in comics:

No amount of actual discussion can take place as long as the critics view the very act of counterargument as morally indefensible because of the class or gender of the defenders, or the language used. Only one side is accusing the other of being scum, only one side is insisting that the other side should just shut up and stop speaking their mind. And it’s not Team Dickwolves.

Maybe the real dickwolves were wearing sheep’s clothing all along.

It’s supremely naive to take people at their word, especially when their words are law, and their actions say the exact opposite.

Iconoclasm as a service. It's not only all true, it's extremely possible.
View all posts by samuelthefifth →
This entry was posted in Uncategorized. Bookmark the permalink.

12 Responses to The Backchannel is the Message

This site uses Akismet to reduce spam. Learn how your comment data is processed.